Congress makes/ federal laws./ A federal law usually applies/ to all states/ and all people/ in the United States./ Either side/ of Congress/—the Senate/ or the House of Representatives/—can propose/ a bill/ to address an issue./ 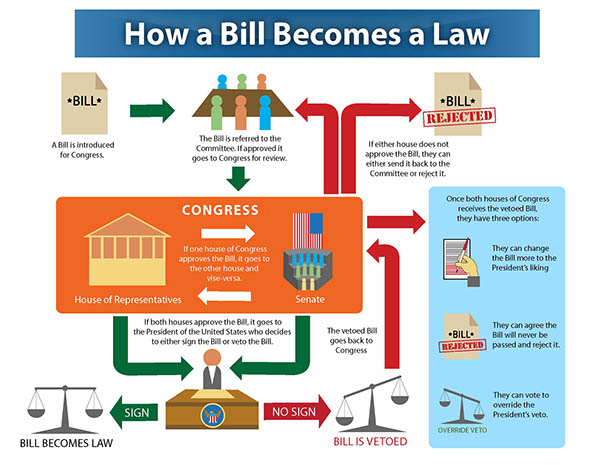 Who makes federal laws?
True of false: A federal law usually applies to all states and all people in the United States.
Check Answers
Your Result:
Sorry, no results found.
Please repeat the quiz and try different answer combinations.
Retake Quiz

Prev17. What are the two parts of the U.S. Congress?
15. Who is in charge of the executive branch?Next